My sister Linda and I wrote a new kind of meditation book that’s out next January.

We’ve been looking for engaging, relevant, 21st Century-living stuff about meditation for years. But everything we found was either written by monks or gurus or was heavily focused on white people doing yoga on the beach.

None of this stuff spoke us. We’re no-nonsense Glaswegians with the same money,  health and relationship troubles as everyone else. Meditation should be for everyone –  not just for people who look like they’ve had sex with a unicorn.

My Mind Won’t Shut Up is out now from all good bookshops (and some horrible ones).

The Little Book of Astrology is published by Summersdale. it’s small but stuffed with interesting things.  My book takes you on a voyage of self-discovery that gets more fascinating the more you learn. You’ll discover Sun, Rising and Moon signs as well as learning how to interpret the symbolism of each of the other ten planets located in your birth chart. I also look  how the signs get on with each other in love, work and parenting, as well as a section on how to draw up and interpret your own birth chart.

You’ll find it in most decent book shops as well as Amazon, ASOS, Urban Outfitters and some supermarkets.

Goodness! The Little Book of Astrology is featured on Italian Vanity Fair . Grazie mille guys!  Had no idea my wee book had reached that far. Next… the Moon!

My mind talks rubbish! That’s one of the reasons my sister and I are writing a book about meditation. Her mind talks rubbish, too, of course. We’re both over-analyse, ruminate and generally look up our own bums with microscopes until everything vanishes up there. It turns out that’s what everyone’s minds do.

We’re a couple of months into writing the book and have arrived at the thrilling ‘science bit’. So we are researching, reading and cramming all we can get our greedy little paws on to discover what meditating actually does to your mind – if anything.

Meditation revelation
One of the most exciting books we read is Altered Traits by New York Times bestselling authors, Daniel Goleman and Richard J Davidson. They dig into how meditating can literally rewire your brain. These guys write about how meditation impacts an area of the brain knowns as the amygdala,  the bit that lights up when you feel fear, anxiety or love. It’s the danger-sensing part. Regular meditation calms the amygdala’s stress responses.

It’s now proven that meditating increased gamma oscillations, creating a clear state of mind athletes often refer to as being ‘in the zone’. Funnily enough, laughing also engages the brain in a similar way.

Even if you don’t enjoy it – it’s working!
The book is ground-breaking. And it confirms what we thought already – that even if it doesn’t feel like it at the time, meditating really does make you happier and calmer. The more you do it, the better the results. But even five minutes a day will be enough to see some benefits. Hell, even trying it just once is good if you need a break from your rubbish thoughts!

Here’s a bit of fun I wrote for the quality food and drink awards people  that describes which biscuits and cookies you should prefer depending on your star sign. Something for you to chew on.

Your astrological star sign influences many aspects of your personality including your likes and dislikes – even your taste in biscuits! Marion Williamson, prises the lid off the biscuit tin of the zodiac to see what delights lie inside…

Aries people are ruled by hot-headed, competitive planet Mars. These bold, impatient characters barely have time to chew their food and tend to wolf down their chosen biscuits on the go. They love crunch and convenience – and they like it spicy. As the zodiac’s first Fire sign, they’re the least likely to dunk!

Luxury loving, placid Taureans are ruled by sweet-loving Venus. They take their biscuits seriously, often chewing hypnotically slowly. Traditionalists at heart they prefer well-established brands and the biscuits should look as good as they taste. These possessive characters can be a bit stingy with their sweets, so get stuck in quick – if offered!

Chatty, dual-natured, Gemini people blow hot and cold and see things in black and white. They’re influenced by changeable, jittery planet Mercury, and love a good gossip with friends over a mug of tea and a quality snack – preferably one with two halves.

Cancer the Crab is a clingy Moon-ruled sign and a notorious food-hoarder. They’re the most likely sign of the zodiac to own an array of well-stocked biscuit tins with more stashed away in case someone pops round unexpectedly. Tenacious by nature, when Cancerians get their sticky claws into a packet, they find it hard to let go…

Ostentatious, extravagant, Sun-ruled Leonine biscuits are all about the show. They’re generous with their tea-time treats but be sure to admire the carefully arranged biscuit ensemble, or else you won’t impress your bossy host. Leos like all their possessions to reflect their glamorous fabulousness and biscuits are no exception. 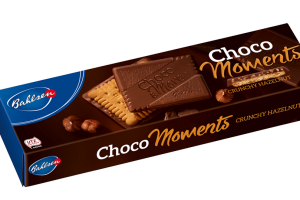 Modest, workaholic Virgos are ruled by analytical Mercury. Their taste in biscuits is refined, but humble and probably preferred with coffee. This super-organised character rarely has time for a break but, when they do, they like their biscuits light, crisp and portable.

Ruled by Venus the goddess of love, Libra has the sweetest, fluffiest taste in biscuits. The most romantic of signs, Libra loves to share their sweet treats with the people closest to them. But their indecisive nature can make choosing which types to munch a time-consuming challenge.

Wilful Scorpios are ruled by intense, broody Pluto. These all-or-nothing characters have strong opinions on biscuits, which tends to veer towards the sophisticated dark chocolate side. Mysterious Scorpios prefer to nibble alone in secret, unless they plan to seduce you.

More is more with jovial Jupiter-ruled Sagittarians. They’re generous to a fault and lack discrimination, lavishing their full-on biscuit choices on anyone who comes close to the kettle. Packets are usually bought wholesale.

Traditional, status-conscious Capricorn characters are influenced by ambitious, hardworking Saturn. They’re most likely to be the biscuit snob of the zodiac and prefer classic, subtle flavours and respectable heritage. Money is no option if their biscuit preference shifts their neighbours’ eyebrows a touch.

Aquarians are influenced by eccentric, erratic Uranus, which imbues them with a downright odd taste in biscuits. These quirky characters can be both traditional and yet, before their time, depending on the phase of the Moon, day of the week or the company invited round for a cuppa.

Pisces is often unkindly referred to as the ‘dustbin of the zodiac’, as they are supposed to contain a little of the previous 11 signs. Piscean people are ruled by confusing, dreamy Neptune which suffuses them with chaotic, indulgent taste in food and drink. As Pisces is a water sign they’re the most likely sign to dunk – preferably in whisky-laced coffee!

Astrology and aromatherapy have been combined for thousands of years to help balance your mind, body and soul’s energies

Published by my friends at Kindred Spirit magazine